I’m going to be working here for a while (rather randomly) on some Be Still – 52 lessons I need to catch up on. For Week 47, we were challenged to find unique vessels for a still-life setup. Kim’s example included a ball of twine as a holder for a dried flower.

Here’s my “unique vessel,” another treasure unearthed from that old house where I lived for a while:

This is a Victorian mustache (or moustache) cup. According to Wikipedia:

The moustache cup is a drinking cup with a semicircular ledge inside. The ledge has a half moon-shaped opening to allow the passage of liquids and serves as a guard to keep moustaches dry. It is generally acknowledged to have been invented in the 1860s by British potter Harvey Adams (born 1835). 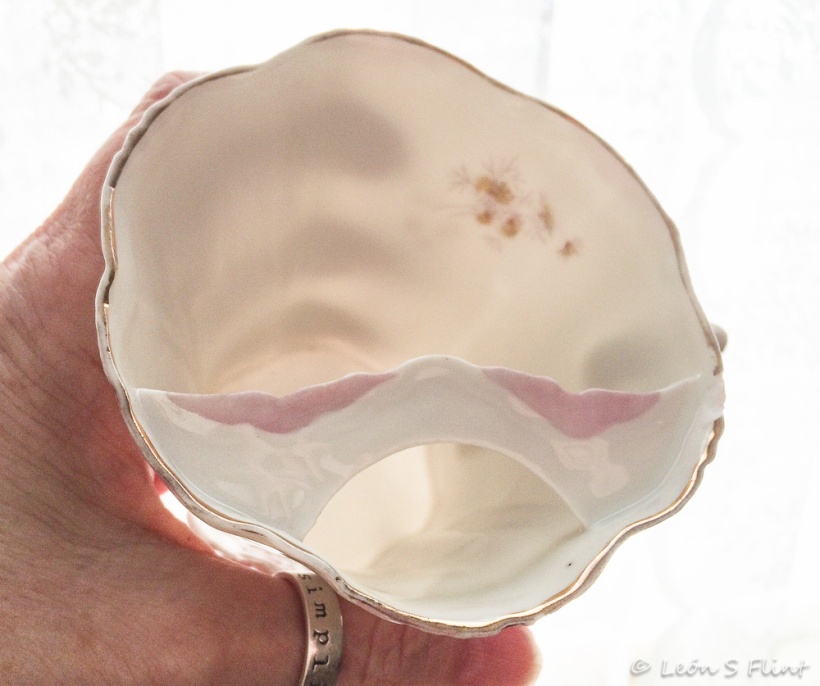 But this is one of the most delicate, feminine-looking pieces of porcelain I’ve ever seen. It looks as if it could be crushed like an eggshell by a careless masculine hand. The colors, the delicate pattern…does that look like something designed for a man? In any case, I thought it would make a nice container for a little bouquet of pink and white lily of the valley. 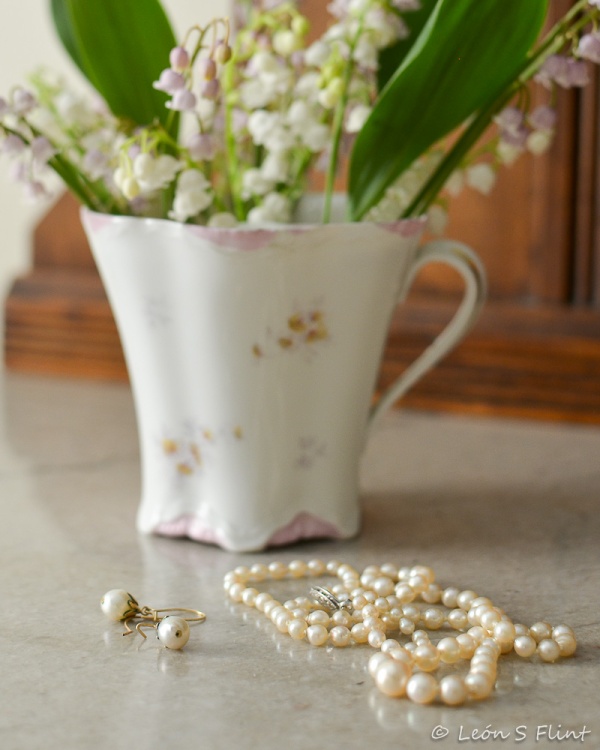 What did I tell you? Totally feminine.

This handkerchief consists of an eight-inch square of linen, so sheer you can almost read through it, bordered with three rows of exquisitely delicate lace edging. It was only when I put it next to my little bouquet-in-a-cup that I realized the lace is embroidered with lily of the valley! In all the years I’ve had this family heirloom, I had never noticed that before.

Then this afternoon, as I was actually preparing this post, my eye lit on something on the bookshelf that gave me an idea I wanted to try. These were quickly set up on my dining table and photographed in natural light with my iPhone. The first and last are straight out of the camera, while the middle one is cropped a bit and had some slight clarity and exposure adjustments made to the background in post-processing. 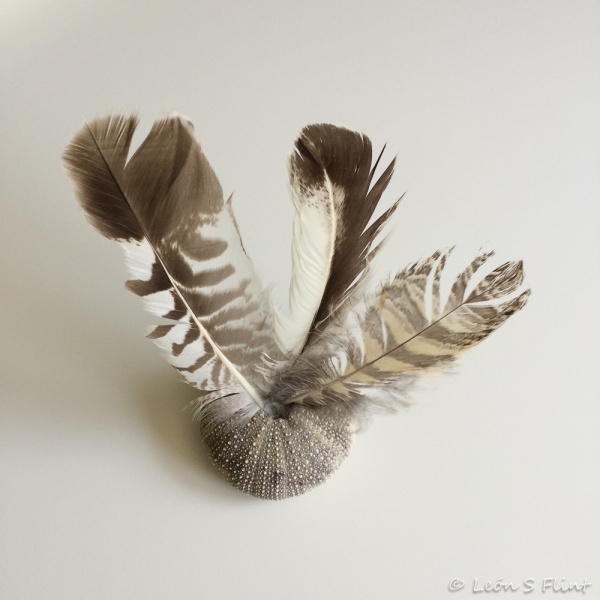 Sea and Sky I 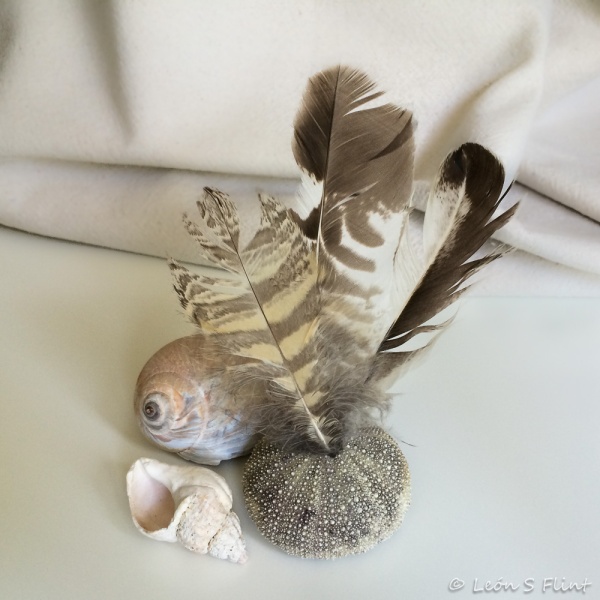 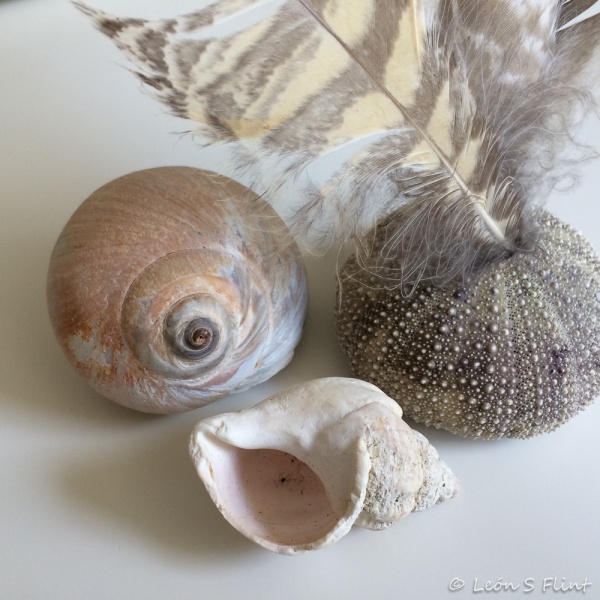 I love the soft, natural colors of these. I think that last one might be my favorite of all.

In her video for this lesson, Kim demonstrated a couple of new features of Lightroom 6 that tempt me to get it. They’re not the “big” features that are being widely promoted, but a couple of small things that I’ve actually wished for in the past, like being able to apply the brush tool to modify the graduated filter. Thanks, Kim – I got a lot from that video!

I'd love to hear your thoughts. Cancel reply