We stopped at the annual pumpkin festival at Lombardi Ranch in Santa Clarita on Saturday. This was my favorite “found” image of the day.

I wish you all a happy day and at least a bit of whatever treat pleases you most!

PS – It’s hard to think of frivolous holiday-making when so many people have been impacted by hurricane Sandy’s devastation. My thoughts and prayers are with all those who were affected.

This is an outtake from my {in the picture} self-portrait project. I was having fun playing around with Lightroom presets, and this was my favorite effect. This photo has become completely abstract to me. I mean, obviously it’s an eye, but it no longer seems like my eye. I find that I like it quite a lot.

The late afternoon sun cast this fire stair shadow into the back of the office last week. Yes, that bright orange wall is inside.

Sounds strange, but wow, is it ever tasty! I bought this at a craft fair last summer from the local woman who makes it. It’s a flavor combination to warm your heart as well as your tongue.

This one is from my archives, a sunset reflection on the river behind my apartment, from the summer of 2010. It was the first image that came into my mind when I saw the prompt “gold.” Between car troubles and a persistent migraine, I wasn’t able to get in a lot of fresh photography this week.

Edge stitching on my favorite winter blanket. Soft wool in beautiful shades of cream, blue, and green. . . oh yes, and warm, too. I spent a lot of time Friday and Saturday in its comforting company. Feeling better now, thank you very much!

That’s it for this week. I’m going to go check out what other people have found this week. Care to join me? 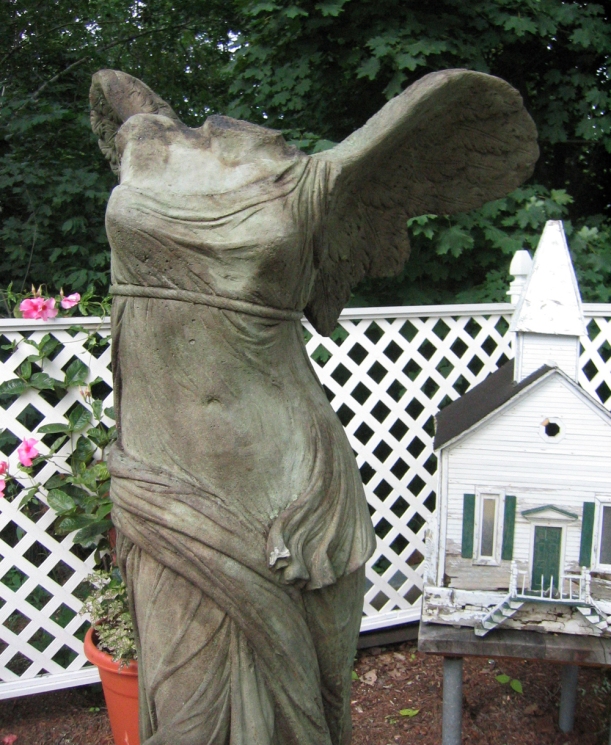 I’ve embarked upon a Journey of Recognition. It’s the next e-course in Kat Sloma’s wonderful Find Your Eye series. Our first assignment is to think about the “rules” about photography that we follow (or don’t), and how they might be affecting our artistic expression.

I’m a great one for following rules. I like rules, because then I know exactly what’s expected of me and whether I’m living up to my own perfectionistic, people-pleasing ideals. (Yes, I know, I should take this up with my therapist. I would, if I had one.)

Anyway, here are some of the photographic rules I’ve absorbed over the years [and my current thoughts about them]:

The thing is, when I’m shooting, I forget about rules, at least consciously. I’m just trying to capture whatever it is that has caught my attention. Some of them I deliberately ignore, such as that advice about a tripod. Too heavy and cumbersome for my taste: I seldom use one. Depending on the subject, I very well may put the horizon in the middle or center the main point of interest if it feels right. I love sunspots and flares and sometimes seek to create them.

It was through seeing the work of some of my fellow students in the previous course in this series, Starting the Journey, that I first became aware of some of my rules and their restrictive influence. It doesn’t even occur to me to try photos like some of them do, framing only half of a toddler’s face, for example, or just their little feet. Or deliberately tilting the camera to a crazy angle to capture the long shadow of a chair across the floor. But I love those photos when I see them. They are imaginative in a way that I admire. I’d like to break free from unconsciously following arbitrary, conventional rules. 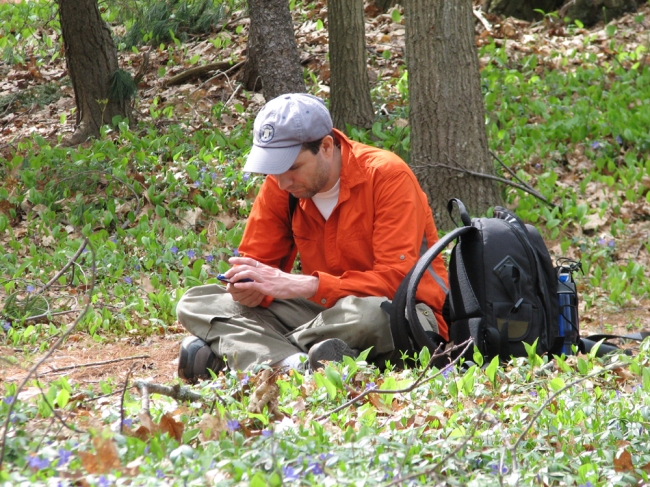 But is it art?

. . . though there’s nothing very unconventional about it, I love this picture. The subject dead center, the brilliant orange in contrast to the soft natural surroundings, and the intensity of his concentration. (And I just realized it also breaks my personal Rule #10: I don’t do people pictures.)

I have long since fallen in love with digital photography and have even come to appreciate the benefits of post-processing with computer and software. However, I still prefer my photographs to look natural, so I seldom do much  except to straighten, crop, or sharpen a bit. And I admit I have been known to carefully remove a distracting element if I could do so without its being obvious. But my conscience still whispers in my ear while I’m doing it!