Yay, it’s finally here! I’m taking a new class in Kat Sloma’s Find Your Eye series, called Journey of Fascination. We received our first lesson yesterday, “Letting Go.” It’s about learning from our photographic mistakes and missed opportunities and then letting them go — not continuing to beat ourselves up about them. Our assignment is to write a photojournal entry about one of those mistakes, what we learned from it, and whether we’ve let it go.

Probably like most photographers, I’ve missed a LOT of shots for various reasons. Driving by and not being able to stop. Not being able to get to my camera quick enough. Losing the light. Dead battery. Wrong lens. Wrong settings. Operator error. 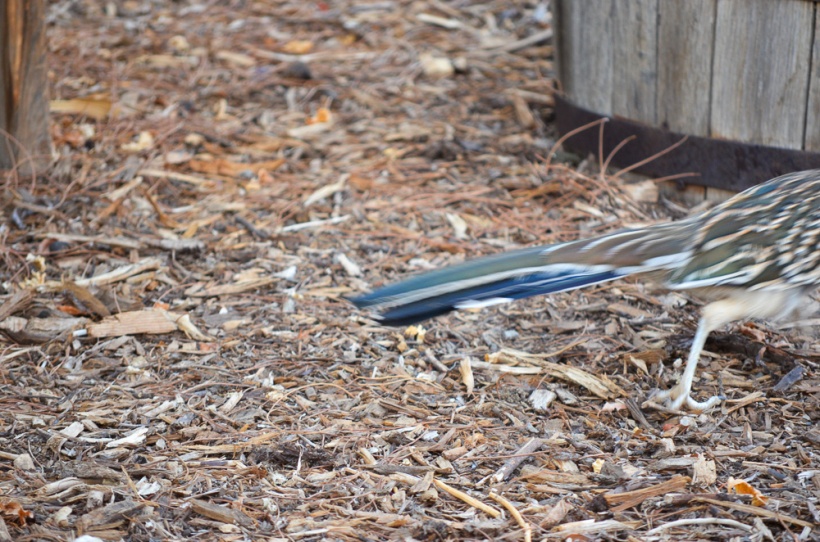 Where’d he go? Note to self: practice panning.

Some of those I can’t do much about. Sometimes you just cannot pull off the road to get that photograph, no matter how badly you might want to. Clouds and light change in an instant, and there’s no controlling that — not for the average human, anyway.

I try to keep my camera close at hand now. It’s usually on my desk, with the lens on it that I’m most likely to want in a hurry. These days, that’s my 55-200mm zoom, for capturing the birds that fly in and only stay a moment or two. I keep my battery and a backup charged and change it before it runs completely out of juice.

The mistakes that bother me the most are the ones I make due to lack of technical expertise or knowledge of my camera. When I read over this lesson, one very painful one leapt to mind. Several years ago, some dear friends asked me to attend and photograph their wedding. It was a weekend-long event at a beautiful location, and began on Friday evening with a dinner for all the guests in a dimly-lit restaurant.

I arrived late, as I had to drive a long distance after work to get there. For some reason, I decided to change my camera’s flash setting to “rear curtain sync.” What I wanted was to capture the ambient light, then add a pop of flash to capture the details. (I wanted a more natural atmosphere than straight flash would give me.) What I didn’t take into account is that this might work fine for a stationary subject, but not so well with moving targets.

Here’s a photo from that night: 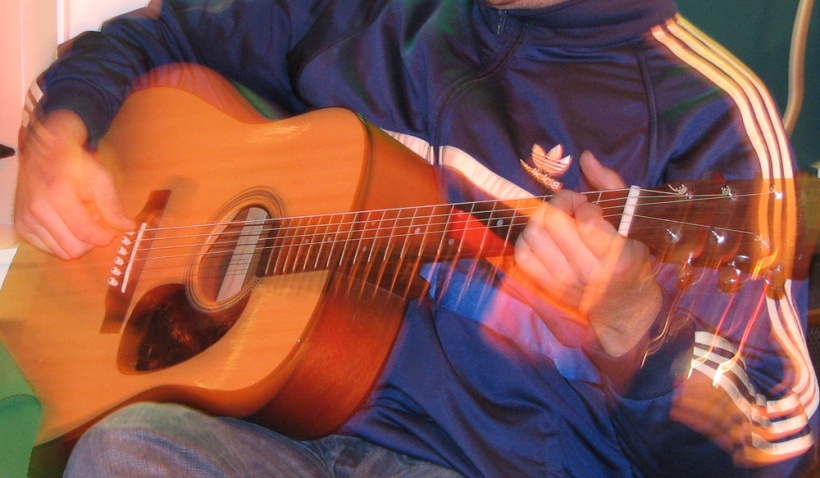 Still makes me want to cry.

Actually, this image (cropped to just the instrument and hands) doesn’t look that bad. You might almost think I’d done it deliberately. But, believe me, the blurred pictures of people sitting around tables, eating, chatting, and laughing, were not pleasing. The worst of it was, of course, that it was a once-in-a-lifetime event. There could be no do-overs.

Fortunately, I realized my mistake right after taking the image above, and the rest of the weekend and the photography went fine. But by then the dinner was over and the damage done. My friends were gracious and forgiving, but my stomach still clenches whenever I think about it. Clearly I have not let it go, despite knowing there is nothing I can do about it.

The takeaway lesson for me was to never, EVER experiment with the unknown when the results are critical. Don’t guess, but plan ahead of time and KNOW what is going to happen if a setting is changed. Look up what I want to do and how to do it. Experiment on my own time, ahead of time.

If those photos had been for myself, I’d have been disappointed and probably angry with myself, but I’d have gotten over it. What’s done is done, and there’s no point in brooding about what can’t be changed. But in this case, I disappointed someone I cared about who was counting on me, and that’s the part that hurts. That’s what makes it hard to let this one go.

22 thoughts on “Getting Over It”

I'd love to hear your thoughts. Cancel reply